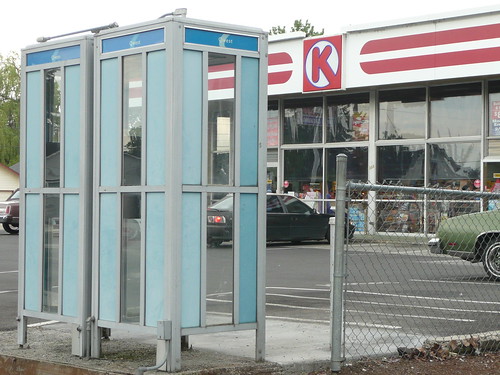 Yesterday after work, I biked all over Albany for about 3 hours to take pictures of pay phones. Why do I want pictures of pay phones? Well, aside from my lifelong phone obsession, I just think that in another 10 years they’re all going to be gone and it’d be cool to have photographic evidence that pay phones once existed in the town I live in. (Even though I plan to leave this city in about 10 years.) 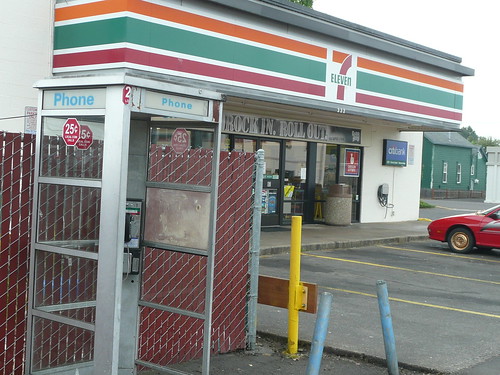 In the 2 years that I’ve lived here, I’ve seen a pretty significant decrease in public pay phones. In 2006, they renovated the mall and they didn’t bother reinstalling any of the pay phones that they’d ripped out. I think there were 12 throughout the mall. Now there’s none, except for one single pay phone that’s outside one of the doors. And I’ve also been seeing them disappear in public at a pretty significant rate. Most of the time they leave the booth or stand and just take the phone. It’s weird that I notice the decline in pay phones since I haven’t used one for legitimate purposes since… geez, probably not since about 2000 when I bought my first cell phone. 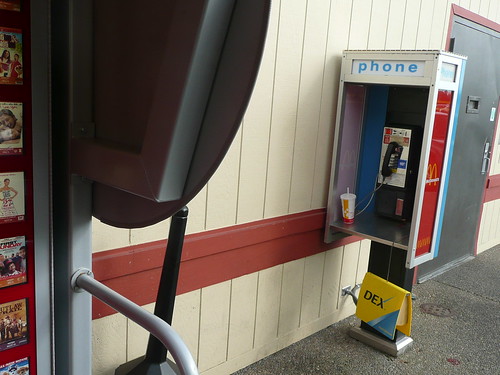 So I want to take pictures of all the public phones and see how long they last. I really think 10 years has got to be it for pay phones. I’m not going to be like 2600 and declare them officially dead this year. Because people obviously still use them. I think. Come to think of it, I guess I never actually see anyone using pay phones anymore. I just assume they still do.
I guess the homeless people probably still use them a lot, but when I worked at the Albany homeless shelter it seemed like a lot of them had cell phones. They were always asking us if we could charge them. 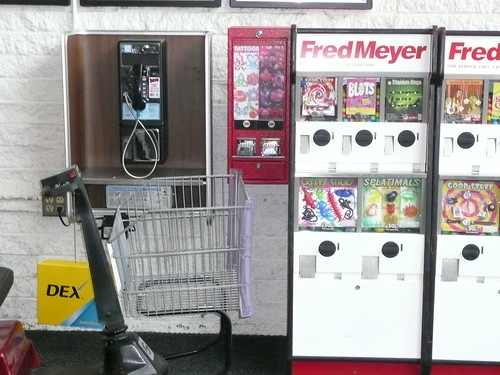 I added them all to the Flickr group called Pay Phone Planet, which is a place to preserve pay phone history. There’s a lot of good pictures on there.

I did this in Alton too, back in the early 2000’s. Here’s my small collection of pay phone pictures from there: https://www.notla.com/sites/altononline/payphones.php 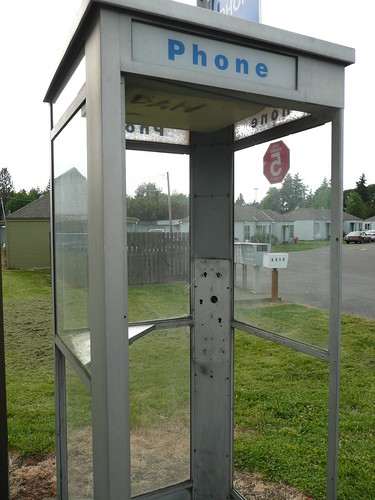 I’m going to take another long bike ride later this week and get more pictures. I think I’m just going to keep at it until I’ve covered all of Albany. It shouldn’t take that long. Oh yeah, for the most part I tried to be somewhat stealthy about taking these pictures to avoid having conversations with other humans. But when I took the one in Two Rivers Mall food court, an old man asked me what it was for. I told him that I wrote for an internet publication and we were doing a story on the death of pay phones. So he goes into story mode and starts going on about pay phones and rotary phones and says he actually remembers crank phones when you had to tell the operator who you wanted to talk to. I told him how I had to teach my kids to dial a rotary dial phone (it took them awhile to master it) and that their friends that come over have usually never seen one. It was a fun conversation.