Today’s been pretty exciting, and I’ve only been up for 90 minutes now. I woke up at 7am because my brother, who doesn’t understand the concept of time zones, sent me a text and woke me up. So I went downstairs, watched the news, had some breakfast, then opened the living room blinds to see a giant raging inferno right outside my window! Well okay, it was just a dumpster fire. I happened to be holding my phone in my hand, so I called 911 and told them about it. Five minutes later the fire department arrives. I took a few pictures, which you can see on my Flickr page. Here’s a few of the better ones. 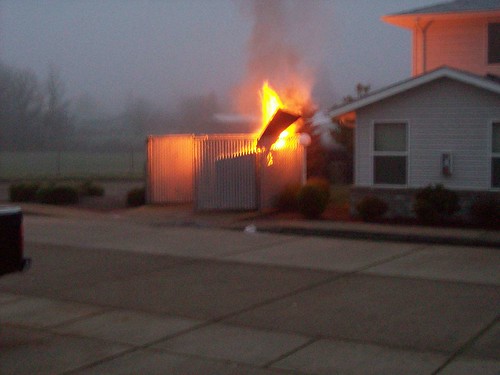 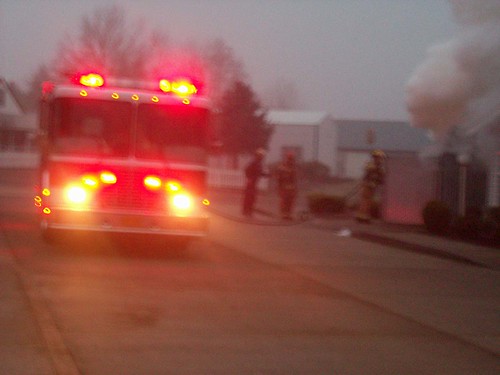 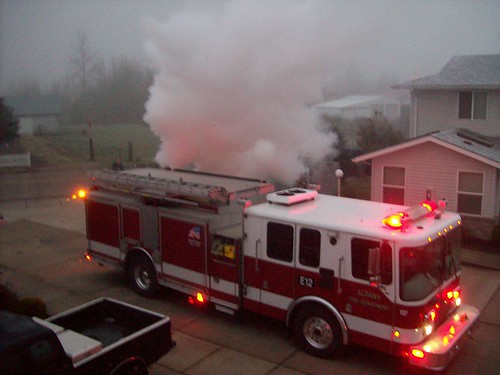 I guess it’s a good thing that whoever dumped their smoldering garbage in the dumpster did it before it caught their kitchen on fire. That would have been even more exciting! That’s the one thing that bugs me about apartment living – knowing that a neighbor’s stupid mistake could burn my apartment down.

In other exciting news, I bought a DVR last weekend and I’ve converted almost all of my old VHS tapes to mpeg-4. I plan to return it for a refund this weekend because I’m unethical like that. (Colleen – be sure to call up Circuit City and tattle on me ASAP!) The DVR has a built in VHS player in it, so it automatically converts VHS to DVD, then I just put the DVDs in my laptop and rip them to mpeg-4. It’s a lot less hassle than dealing with software and video capturing hardware. Approximately 20 hours of home video will be added to the Xbox hard drive. Plus a few movies that I recorded to tape 10 – 15 years ago and aren’t available on DVD yet. I’m gaining a ton of shelf space by getting rid of all the VHS tapes. And I only own 3 DVDs now. I need to find out how to rip Xbox games, so I can get rid of those too. Be damned, physical media!