How To Make A Monitor Stand

After months of having my 23″ flatscreen computer monitor sit on a couple boxes of envelopes, I’ve finally gotten around to making a proper mount for it. And by proper, I mean by using old gas pipes and scratched up plexiglass because I’m too cheap to shell out nearly $100 for a real mount on eBay. About 7 years ago, I made a laptop mount for my car to use for cross-country trips. But these days, we all have little GPS screens in our car or on our phones, so mounting my laptop in the front seat is kind of pointless. This is why I disassembled my laptop mount and turned it into a monitor stand for my desk. 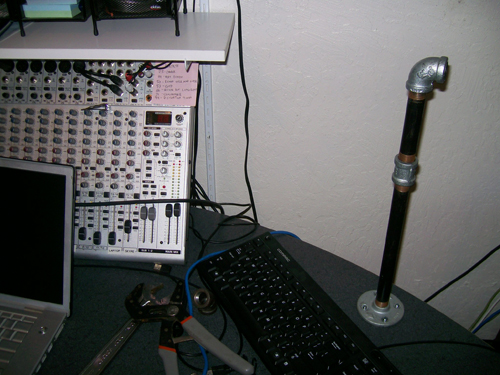 So that I wouldn’t have to spend any extra money on a single piece of pipe of perfect length, I bought a coupling and joined two of my old pieces together. I think those are 10″ and 4″ pieces. I also had to buy the 90 degree coupling. Fourteen inches is pretty high for a monitor, but I wanted it to be high enough so that my laptop could sit in front of it. I drilled 4 holes into my desk and tightly secured the pipes. 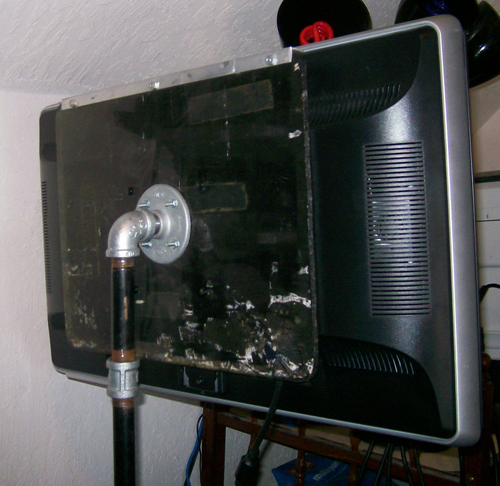 The plexiglass is looking pretty beat up and I didn’t even bother taking the piece of metal from the top of it. It’s all behind the monitor, so who cares. I had to drill 4 new holes into the plexiglass to mount the monitor on. Most monitors have mounting holes in the back.

Here are a couple shots of the completed project… 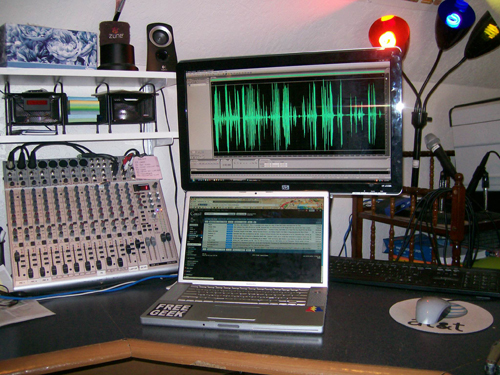 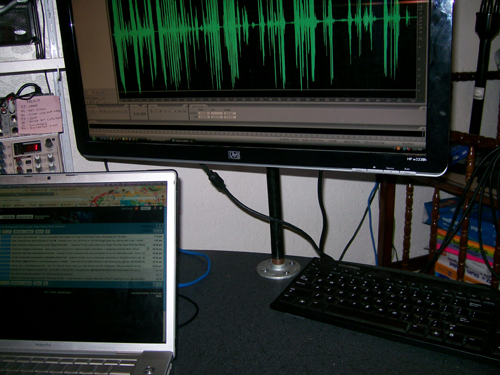 It’s the perfect height to have my laptop in front of now, and I have a ton of extra space on my desk. Using a “T” connector for the pipes, it would be easy to add a second monitor on top of the first or beside it. The pipe is strong enough to hold two monitors and I think my pressboard desk would be strong enough to support them both. I could have saved even more space by buying a 4′ or 5′ pipe and mounting it to a stand on the floor. This way is better for me, though, and now I can’t knock over my monitor in drunken accidents. I lose so many monitors that way.

The monitor easily swivels back and forth and I could even turn it vertical if I wanted to. The only downside is that it doesn’t swivel up and down. This isn’t a problem, though, since it’s nearly eye-level for me. If I do add a second monitor on top of it someday, I will probably use a 45 degree connector so that it’s facing down at me.

UPDATE! A few months after building this monitor stand, I added another one next to it. Instead of attaching a 2nd monitor onto a single stand, I just built a second stand next to it, mounted on the desk. Since I’m stupid, the new stand is about an inch lower than the first. It’ll be easy to fix that, someday when I decide not to be lazy anymore. 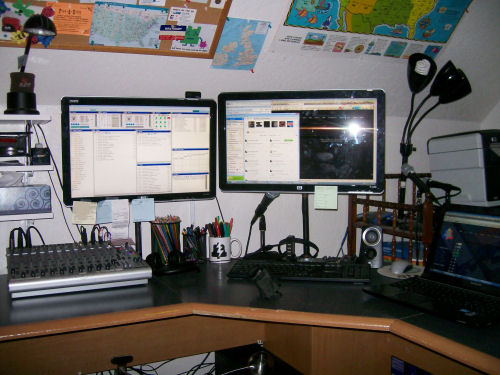